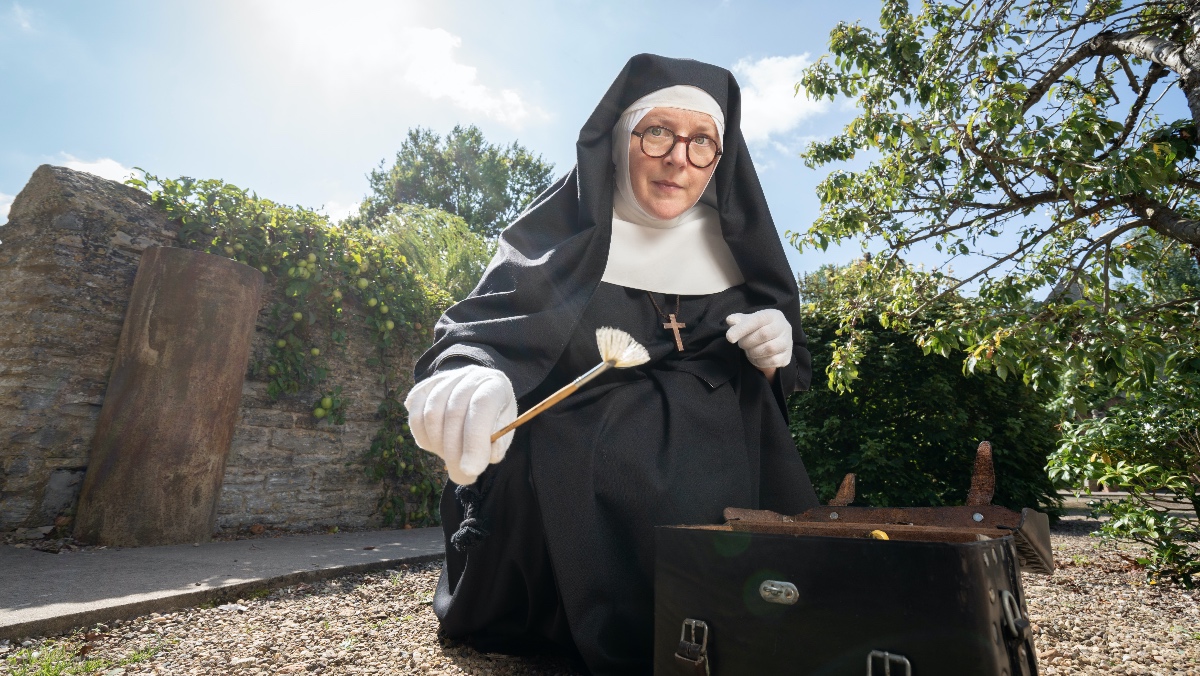 There’s a new detective on the scene – and she’s a little unconventional!

Based on the much loved character from Father Brown, the vespa driving, crime solving nun gets her own spinoff in the new BBC series Sister Boniface Mysteries. The Canadian premiere comes to VisionTV Mondays at 8pm ET from February 14th through April 18th, 2022. 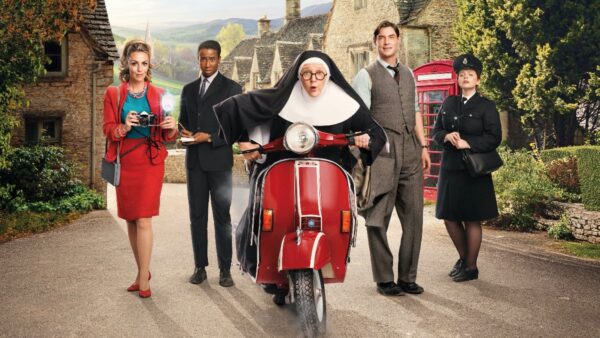 This delightful, divine, would-be-detective played by Lorna Watson first appeared in Season 1 of the BBC murder mystery series Father Brown back in 2013. Since that episode aired, it was clear to executive producer Will Trotter that Boniface was a fan favourite. “Sister Boniface was such a joy, so funny, and Lorna’s performance was so outstanding that we just thought, ‘We can’t let this go,’” said Trotter. “But how to develop a vintner character to be part of a crime show — that took a bit of thinking.” 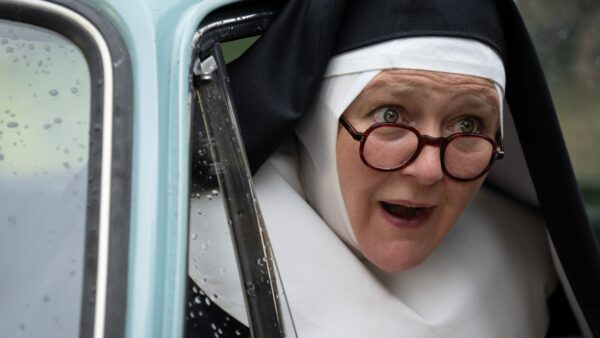 As Boniface was originally the wine maker of the convent with a passion for crime fiction, the spinoff expands her character and fills in the blanks of what she’s been up to since we last saw her. Set in the rather appropriately named town of Great Slaughter in the same wonderful English countryside in the Cotswolds, the series picks up 10 years after Father Brown. We learn that the whip-smart sister holds a phD in chemistry, was previously a code breaker for WWII and turned down a position with MI5 in favour of a life at the convent. With the relatively rudimentary technology available in the 1960’s, much of the investigations are based on Boniface’s impressive knowledge of forensics and a sharp mind for solving mysteries. 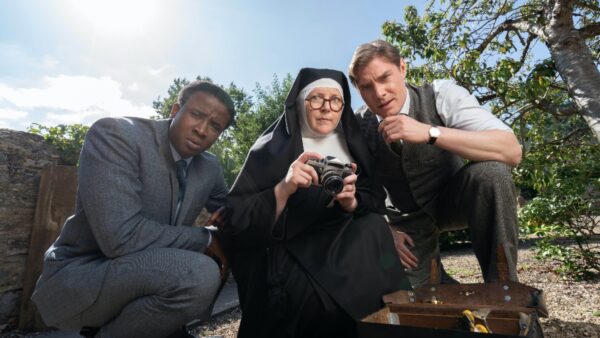 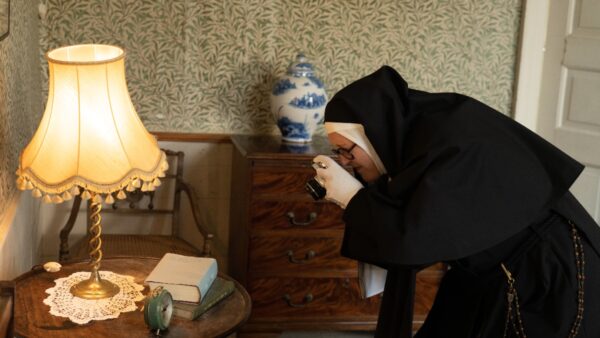 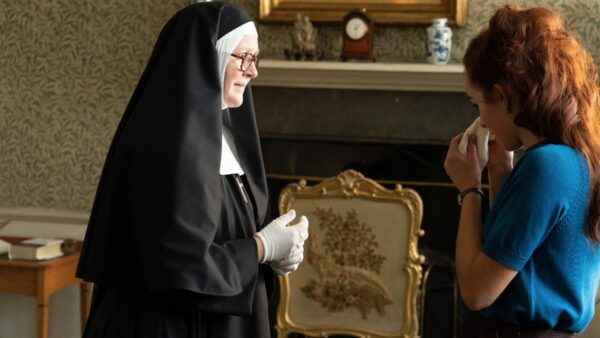 “The writing is so brilliant,” said Trotter. “The fact that those writers very simply had one episode to go to work on and we develop that Sister Boniface’s character anyway, and how they got her voice and probably a lot down to Lorna’s performance where they were able to project straight on to it. As long as she’s still in the role. I think we’re looking at 100 episodes.”

With the help of supporting characters including the dashing maverick DI Sam Gillespie (Max Brown) and the buttoned-up Bermudan DS Felix Livingstone (Jerry Iwu), Sister Boniface masters the challenging task of cracking the case while cracking up viewers at the same time. With leading lady Lorna Watson’s penchant for physical comedy and the intelligence and lovability she brings to the character, it’s no challenge at all. 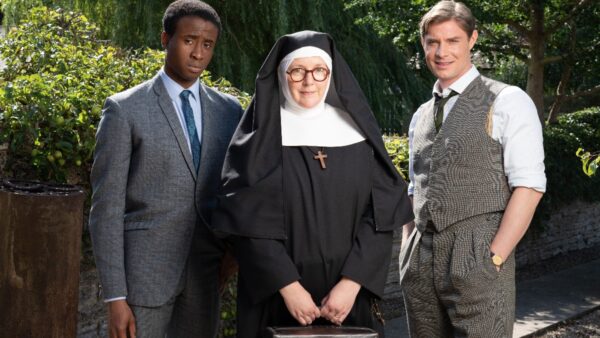 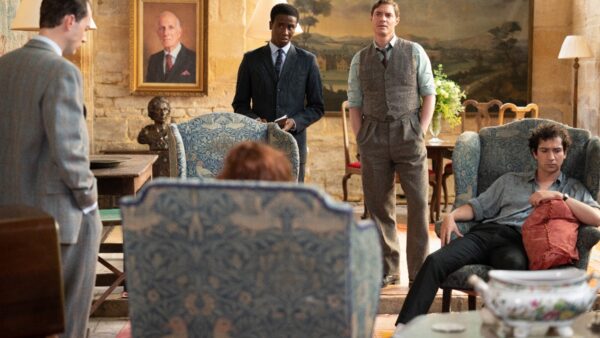 Father Brown fans can also expect a highly anticipated special cameo from the Father himself, played by Mark Williams. “Those two characters bonded on Father Brown,” says Watson. “There was a sparky relationship there where they appreciated each other, and she really looked up to Father Brown. For him to appear in her world 10 years later … the episode ends with them walking off down the streets in the Cotswolds, down a village lane. It’s nice for Father Brown fans to know that he’s in the area. He’s still there.” 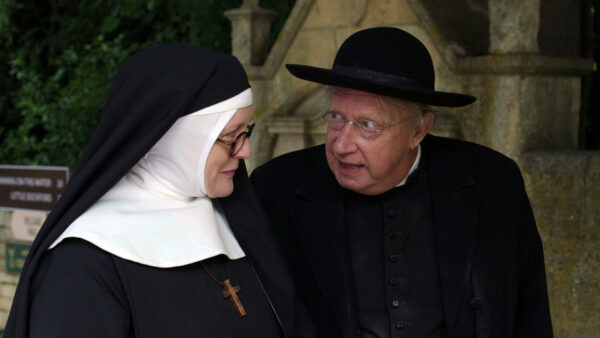