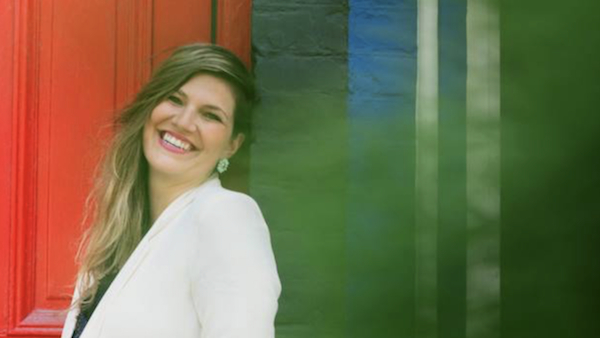 The world of late night talk shows isn’t all monologues and one-liners. Sometimes the punch lines turn sour, from tussles over The Tonight Show hosting gig to the ongoing battle for ratings and viral web views. But what happens when a show’s host is ousted because he’s deemed too old, unfit to keep pace with the Carpool Karaoke generation?

Zoomermedia founder and CEO Moses Znaimer, who executive produced the play, notes that, at his suggestion, Late Night “has been significantly reworked to focus on ageism as well as sexism; themes that are relevant to our Zoomer/CARP audience and Millennials alike.” 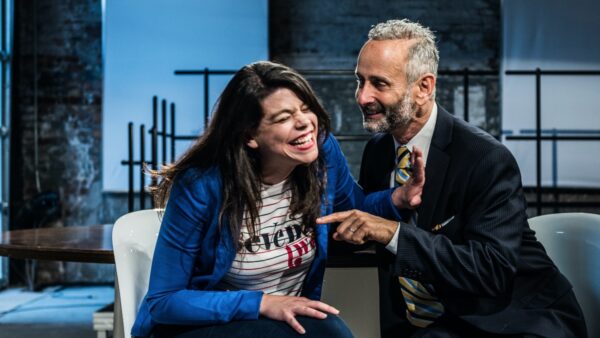 Adding to the atmosphere of chaos on set is the fact that the play about a TV show has been staged inside an actual television studio, part of a new initiative called ZoomerLive. “ZoomerLive is an experiment to see if a new intimate venue for live paid events can be established in the ZoomerPlex, our multi-media production and event facility in Toronto’s Liberty Village,” Znaimer, whose long-running interactive theatre production Tamara earned rave reviews in major cities across North America, South America and Europe, says.

When it comes to Late Night, he adds, “What’s even more unusual than a theatre piece presented in an actual TV studio is the fact that five of the performances have been shot to create a broadcast on VisionTV.”

The ZoomerLive performance of Late Night will air Tuesday, June 23rd at 10:30pm ET on VisionTV. 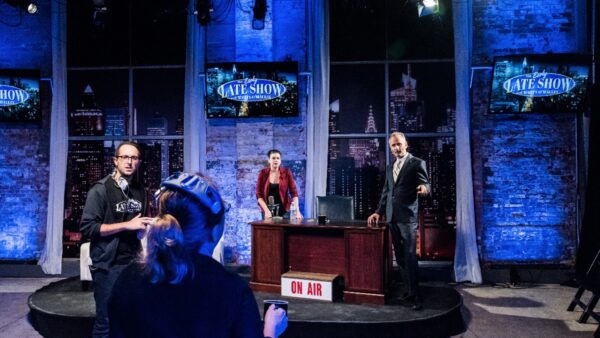 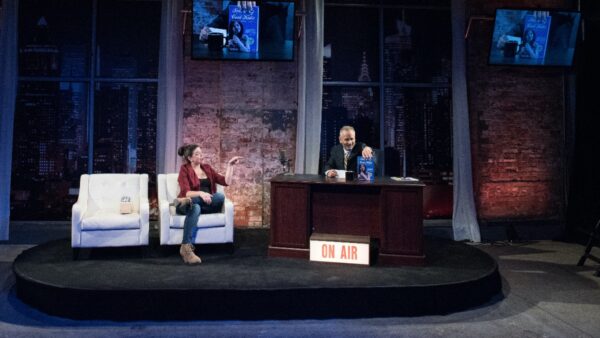 MIKE CRISOLAGO: How did you conceive the play for the Fringe Festival’s 24-hour playwriting contest?

KAT SANDLER: They give you three words, three ideas that you’re supposed to write on. One was some Freudian slip, one was a fistfight and one was a pirate. So the pirate has gone by the wayside but I’ve kept the two other things that kind of inspired it. Of the 24 hours, I think I spent eight writing and the rest just freaking out and surfing the Internet to get inspired. It was right around the time that The Daily Show was kind of up for grabs and Letterman retired and I think it was just kind of in the zeitgeist. And I’d been thinking a lot about my own career and being a woman in comedy, and my father having to retire from his job. I think it was all there — it just kind of fell into place.

MC: Tell me a little bit about the ageism angle that you incorporated into the piece.

KS: Yeah it was that [the host] was being pushed out because they kind of wanted something younger and edgier, as so much television is … A lot of it is just about general prejudice in the arts, whether it’s to a certain age group or racism or sexism, and all that. I’m casting a really wide net.

I mean let’s not mince words – I definitely take the piss out of everyone in this play. So there are a few things that I’m like, ‘Oh I don’t know how that will play,’ but I think it’s always better to take the risk. And I think that no matter what age you are, you have to have a sense of humour about yourself or you’re nothing. I’ve always used humour to deal with these big issues … so I hope that it addresses these issues with a sense of the tongue in cheek and a light spirit.

MC: What was it like to work with Moses on the production?

KS: He read the first version of the script and he had a lot of thoughts on that … Moses just has this incredible wealth of knowledge about this topic because, I mean, he’s been even in this kind of research. So this idea that when people [were asked] what age they consider to be old, they always go 10 years older than themselves – just little things like that that I thought were so insightful … He’s so intelligent and he has so many opinions and you can learn so much that it would be absolutely stupid to not try to learn from someone like that. 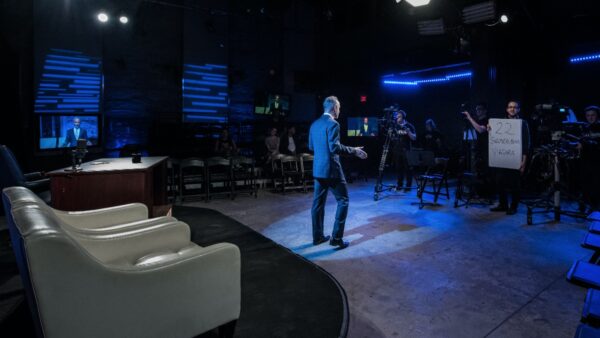 MC: How does it feel to be doing a play about a TV show within an actual television studio?

KS: It feels incredible and we’re really just getting a sense of that now, in crunch time when all the departments are coming together. But there’s also just so many more people involved because we’re running cameras throughout the show. And to be honest, it’s such an opportunity to learn, for someone who’s interested in this field, to get to watch the people at [ZoomerMedia] who are so good and so qualified doing what they do best. And we’re trading words. Like, they’ve learned some theatre words and I’m trying to pick up TV words. It’s been a really amazing coming together of families – two very distinct entities that are finding ways to work together and help each other, and create something that’s going to be a really interesting hybrid of the two.

MC: And it’s interesting that this project, which bridges television and theatre, reflects the show itself, that offers ideas and perspectives that bridge generations.

KS: It’s focused on issues that affect everybody. Ultimately when people say, you know, ‘Theatre audiences are dying and I don’t want to accept change and I don’t like risky plays,’ I just don’t think that’s true.

Like, you write a play about sex and the people who are the least shocked are people over 50 because they’ve just had more sex. They’ve done it, they’ve seen it. So I think one of the biggest mistakes that we make is underestimating our audience, whatever age they are … People say we’re losing all these audiences to television, and you know Moses gets TV, why can’t we do a little bit of what they’re doing, you know? We can do a fast paced, high stakes story that moves quickly and it’s really exciting, and you can watch it like television, you can have a poster, you can have an elevator pitch tagline. I don’t think there needs to be such a disconnect between you know TV and theatre, film and theatre, all of these things. I mean, it’s all art, it’s all cool.

Article was first published at
EverythingZoomer.com