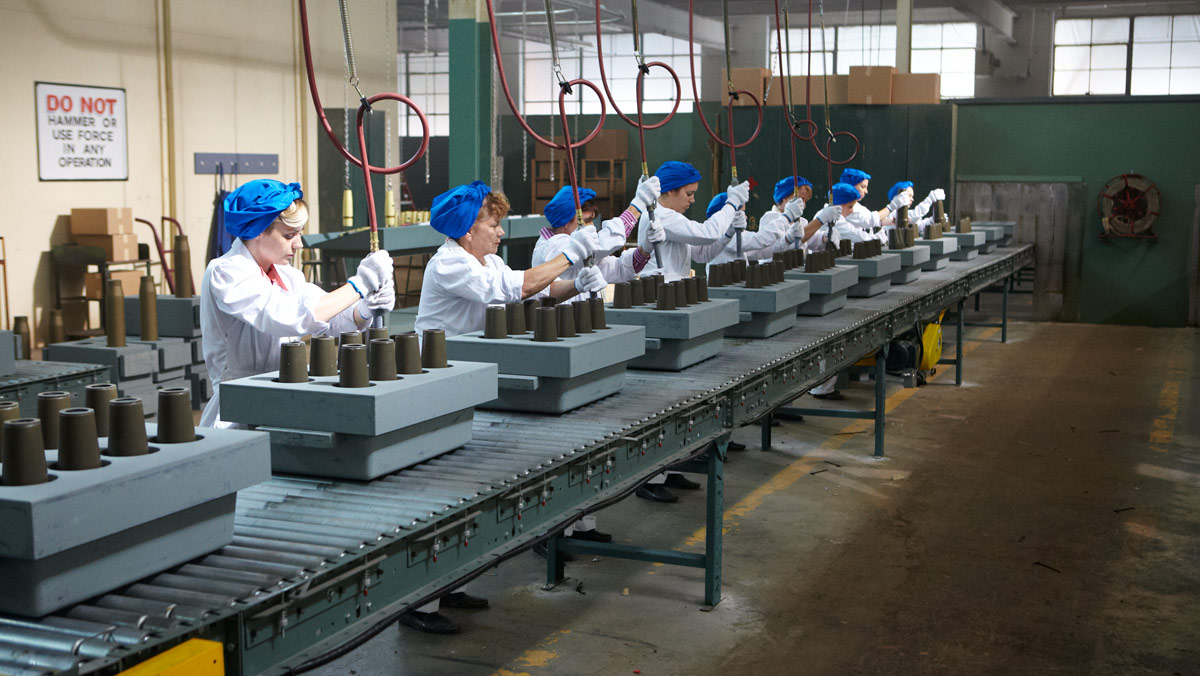 The stories that are most often told about war tend to take place in the center of the action. On the battlefield, sacrifice and heroism are the driving force of captivating drama. But the far-reaching impact of war has always extended to those left at home, stories that carry their own weight but are less often explored in depth. In the World War II series Bomb Girls,  the stories of the real-life Canadian women who stepped up to serve their country while the men were away at war are given the spotlight at last. 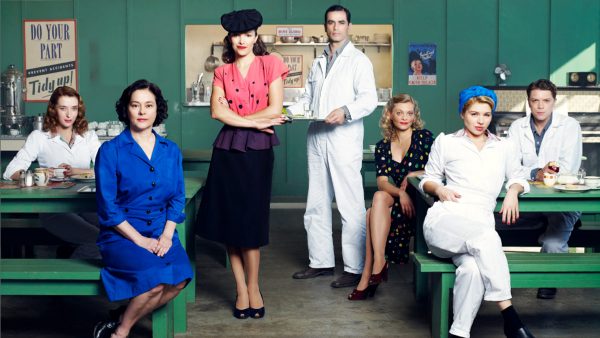 Originally airing on Global in 2012, the series follows five women; Gladys, Lorna, Kate, Betty and Vera as they build bombs in a Toronto munitions factory. “This is such a fascinating period in our history and it’s a story that hasn’t been told this way,” says executive producer Adrienne Mitchell. “It was a dynamic and fulfilling time for many women since they were contributing to the war effort, and many of the women experienced a kind of freedom and independence that they never had before.” 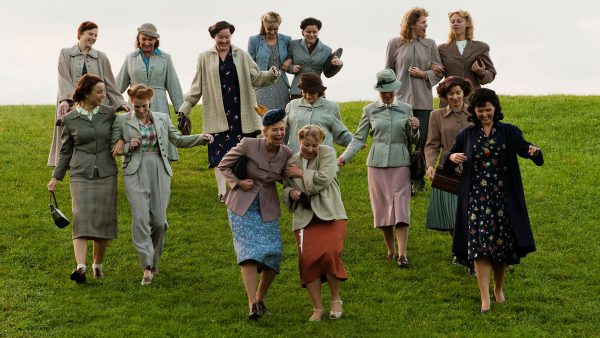 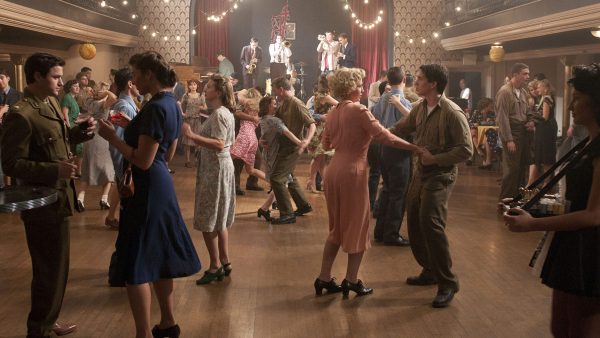 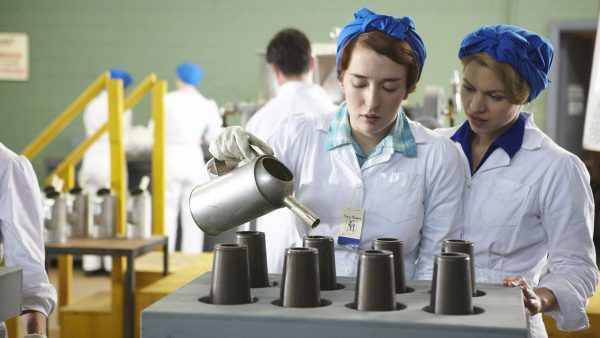 While most of the women are excited to take an active role in the war, it’s made abundantly clear from the first episode that this work is not to be taken lightly. After being harassed by one of the few men left working in the factory, one character’s distraction almost sets off an explosion while another suffers a horrifying injury. There’s also the risk of building a bad bomb, which looms over all of the workers, a fear that only grows after a bomb test goes wrong and seriously injures one of the men. Still, these accidents aren’t enough to scare off those who either need the paycheck or are determined to make a real difference.

For the wealthy and privileged Gladys Witham (Jodi Balfour), working in the office to keep herself busy while waiting for her wedding day isn’t cutting it. She quickly transitions to working the factory floor despite her father and fiancé forbidding her to do such unsafe and unladylike work. “During this brief time in history, the early 1940s, people’s attention was drawn to the capabilities of women, to their natural skills, their determination, their fierceness and their passion,” says Balfour. “This is a phenomenal role for me because women’s issues are still so relevant. Although we’ve come such a long way, there are still so many challenges that face women in the world.” 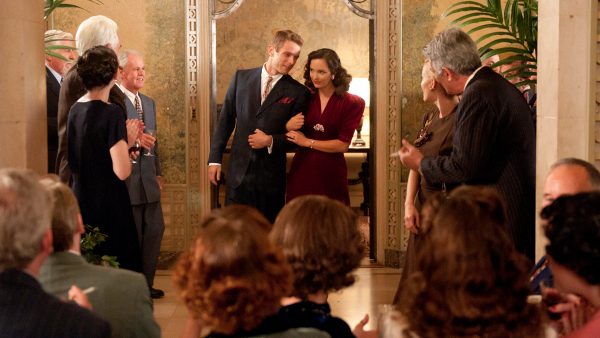 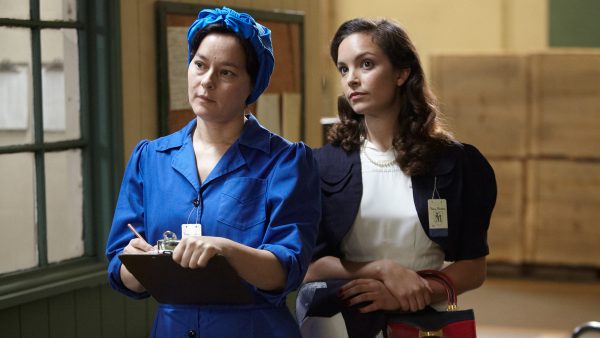 Bomb Girls highlights the brave women who risked their lives in the factory while also having to deal with constantly being undermined and unappreciated by the men around them. As the matronly factory supervisor, Lora Corbett, played by Oscar nominee and Golden Globes winner, Meg Tilly, is one of the few women in a position to advocate for the others by demanding that her boss implement their proposed safety improvements and understand their value to the operation. “This story is important to tell because it’s about women stepping into their power,” says Tilly. “World War II was an enormous time of change for women. It was hard times of course with rationing and shortages but for some, it was also joyous, because they were doing jobs, they were getting paychecks for the first time in their lives. The money wasn’t given to them by their fathers or their husbands. Women felt a sense of worth. Working in factories opened new horizons as to what was possible and what could be done.” 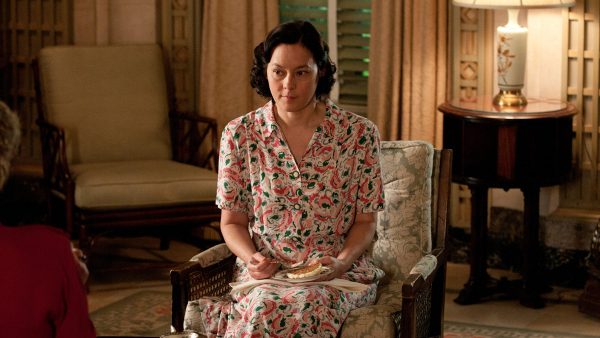 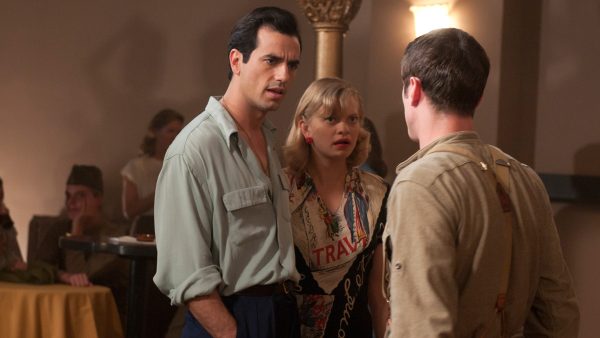 Told over the course of two seasons and an accompanying feature length film, Bomb Girls captures an important part of history by diving deep into the unprecedented challenges, excitement and empowerment experienced by these women at this time period.
Visit our Bomb Girls show page for the latest air dates and more.