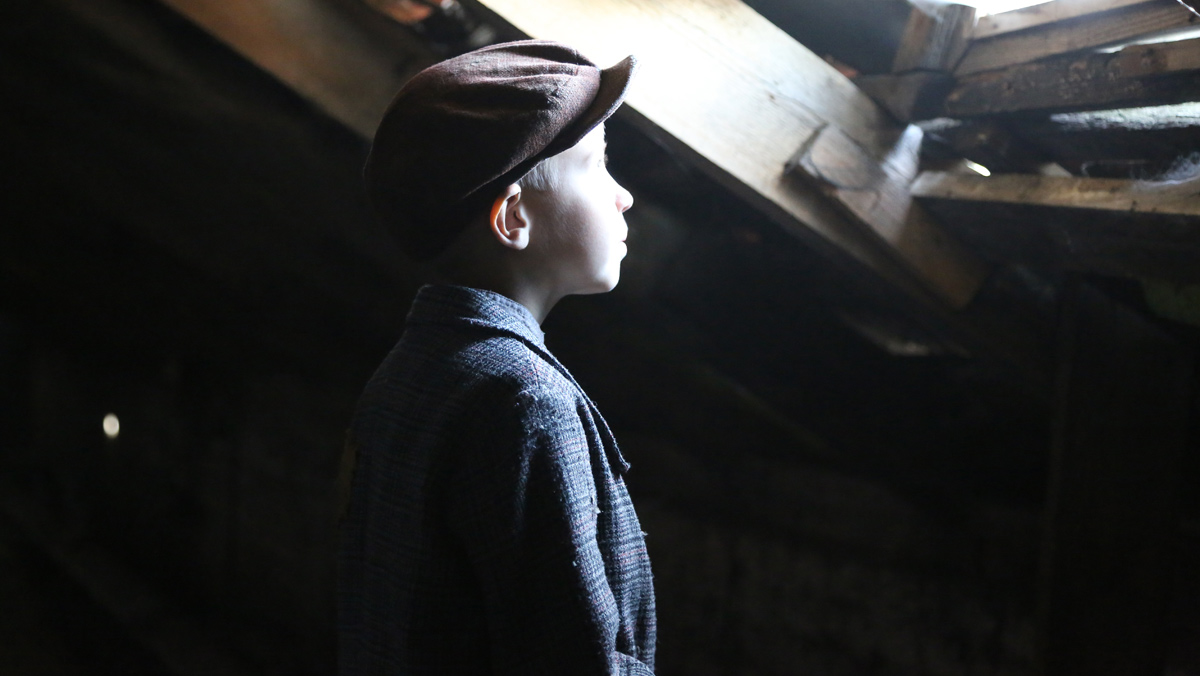 The Good Nazi will premiere Monday, January 21 at 9pm ET on VisionTV.
For International Holocaust Remembrance Week, VisionTV will present the world premiere of The Good Nazi, a riveting new documentary about an unlikely hero who used his position of power to save the lives of hundreds of Jewish people during the Holocaust. The film was written by Simcha Jacobovici and co-executive produced by Jacobovici and Felix Golubev. Jacobovici is the creator and host of The Naked Archeologist series and a number of investigative documentaries premiered on VisionTV such as The Lost Tomb of Jesus and Biblical Forensics.
“The film demonstrates that even in humanity’s darkest hour, you can still be human – by doing the right thing.” says Jacobovici.
The Good Nazi tells how Major Karl Plagge, a Shindler-type German, created his own “forced labour camp” in Lithuania called “HKP” in order to shelter and protect Jewish men, women and children from the evil murderous SS and their death camps. Plagge insisted that he needed a Jewish workforce to fix vehicles and sew clothing, thus convincing the Nazis that there was value in keeping them alive. Plagge maintained his duties under the watchful eye of the SS and never revealed himself to be working against them, using subtle codes to communicate his plans to the Jews.
Co-directed by Ric Esther Bienstock and Yaron Niski and shot on location in Lithuania at HKP, The Good Nazi weaves the stories of Major Plagge, the scientists who studied the site, and the survivors. HKP is the only Holocaust site in Europe that has not been destroyed or turned into a museum. Now, however, HKP is slated for demolition to make way for urban renewal, but not before a team of American and Canadian scientists converged to study the location. Using ground-penetrating radar (GPR), they were able to identify the mass grave of the Jews that were murdered by the SS and the secret hiding places – in the walls and in the ground – of the Jews who were saved by Plagge. A survivor, who hid in one of those secret spaces as a child, joined the scientists.
In an interview this week with The New Classical 96.3fm, Bienstock, a child of Holocaust survivors herself, spoke about why she felt compelled to tell this unusual story of bravery and action. “We hear so many things like “I was just following orders” during the Nuremburg trials,” says Bienstock. “That’s what everybody says. [Plagge] didn’t denounce [his party], he had his Nazi card. But he used that power in a subtle way, and saved hundreds of Jews. And it’s so interesting now because then that resulted in hundreds and hundreds of grandchildren, people who are still alive today who really owe their lives to the fact that he acted.”
While on location in Lithuania, the filmmakers brought a survivor to visit the exact hiding place where his mother protected him as a young boy on a day when the Nazis came to kill all the children. “70 years after the fact, and it was so emotional for everybody,” says Bienstock. “But he survived thanks to this very brave Nazi.”
“The generation of Holocaust survivors is almost gone and Holocaust denial is on the rise,” says Bienstock. “The time to watch this important film is now.”
VisionTV will premiere The Good Nazi on Monday, January 21 at 9pm ET.
[wp_dssp id=’156′]