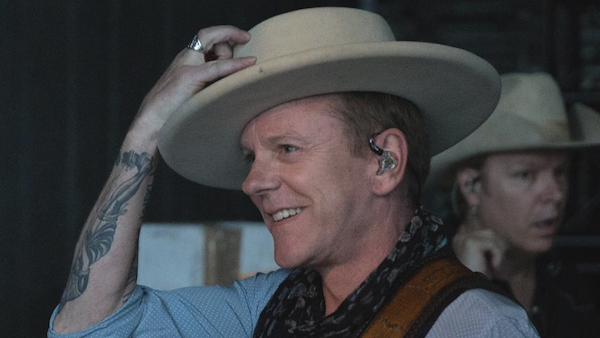 For the majority of his life, England-born, Canada-raised, Kiefer Sutherland has been in front of the camera. From iconic films like “The Lost Boys,” “Stand by Me,” and “Flatliners,”  to a career-defining role as Jack Bauer in the action series “24,” it’s hard to not know Sutherland exclusively for his decades of acting.
Beyond that, Sutherland is also an appreciator of music – so much so, he released his debut album, “Down in a Hole,” in 2016. Showcasing Sutherland’s love for old school country music and straight-from-the-soul storytelling, the album has allowed him to appear as more than just another actor fiddling around with a guitar and microphone. 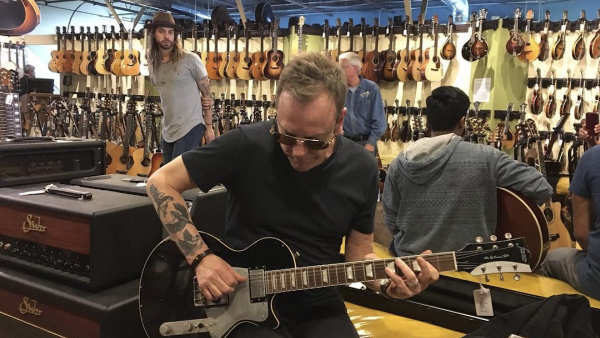 “I am acutely aware of the stigma of an actor doing music, but I finally got to a point in my life where I didn’t care,” explained Sutherland in an interview with Billboard. “At some point, you have to stand up and own what you’re doing, or what you’re trying.”

On Wednesday, May 16 (Midnight ET/9pm PT) and Thursday, May 17 (9pm ET/6pm PT), Kiefer Sutherland stars alongside his father, Donald Sutherland, in “Forsaken.” 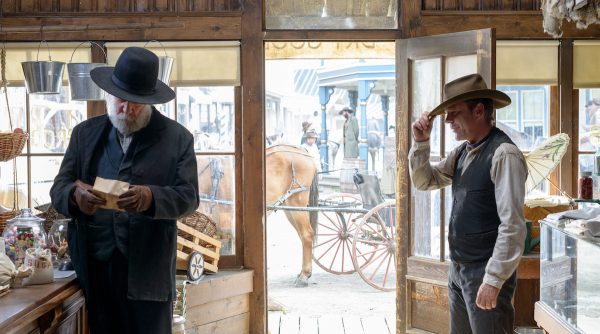 Continued Sutherland: “If someone was going to have a run at me for that, I get it. I understand. But it didn’t stop me from realizing that I had to stand up for what I believe in too.”
After taking the leap, Sutherland took pride in the end result of his first album and felt excitement around the idea of touring with it. In fact, all has gone so well for Sutherland, he already has plans to put forth a second collection of songs.
What should likely help that aforementioned second album is Sutherland’s continual interest in connecting with the faces in the crowd. 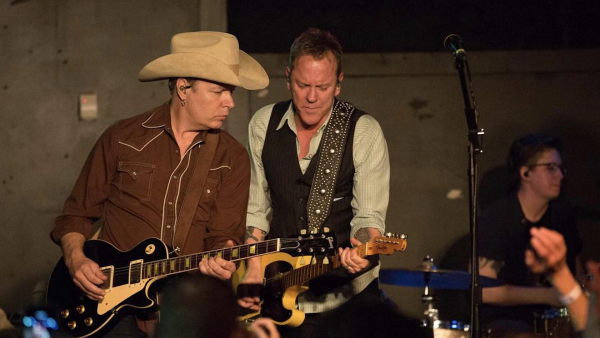 “I asked myself ‘what is the thing that I love about acting, and music? What is the common denominator?’ And for me, it’s storytelling. And music is a very different way of doing it, but it’s still storytelling nonetheless,” said Sutherland, who went on to explain that emotionally revealing himself to audiences changed him in a positive manner.
“Life’s tricky,” he added. “Life is tricky. It’s not easy, and we’re all going through it. If you can have that dialogue at a show, then that really, really matters.”
-Adam Grant

Recently, Donald Sutherland appeared on EverythingZoomer.ca’s “Ages and Icons” podcast and emotionally opened up about receiving an honorary Oscar. Click here to check out that interview!