The Poldark Nemesis that is George Warleggan

Throughout “Poldark,” we’ve witnessed the fiery rivalry in which both Ross Poldark and George Warleggan have brought many matchsticks to. While Ross is very much a man of the people, George is someone more interested in fulfilling his own self-interests.

At the core, there are many sources that make this relationship as contentious as it is: attitudes, money, business, property, women, family, legalities, and false accusations.
No one is truly innocent for their roles in this feud, but it can be argued that George’s jealousy of Ross has had the biggest impact on how the pair don’t get on. 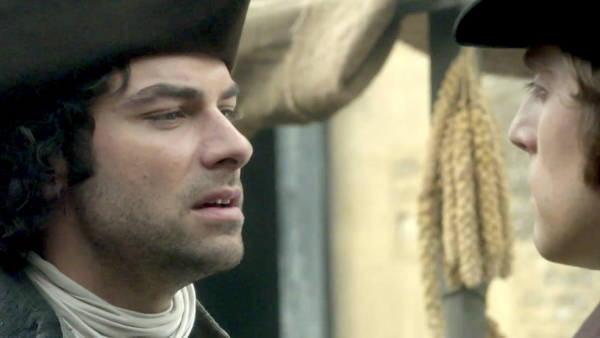 “As much confidence as he has, he’s wracked with his demons,” says Jack Farthing, the actor who plays George. “Ross has the ability to pull out his sense of inferiority more than anyone else. Ross is the only person who is not afraid of George and has everything that George desperately wants for free. He has the name, popularity and respect. And George doesn’t have any of it, but desperately wants it all and can’t have it.”

Adds Aidan Turner (Ross): “He’s just a snake in the grass. He would stab you in the back to get anything he wants. There is no real friendship or loyalty when George Warleggan is around. All he really cares about is money and the Warleggan name.” 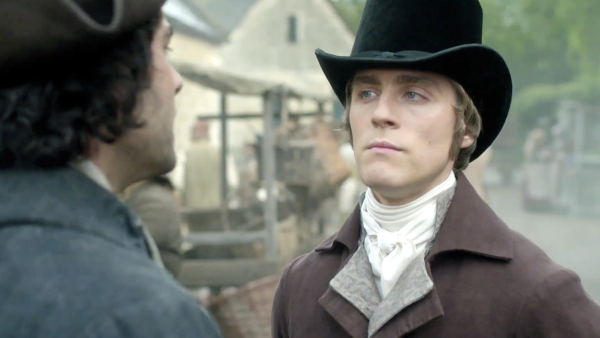 For a closer look at the nemesis that is George Warleggan, we encourage you to watch the video below.
-Adam Grant

This week on the season two finale of “Poldark” (Wednesday, May 2 at 9pm ET/6pm PT): Dwight enlists in the navy to forget Caroline and Demelza visits Verity to spend some time away from Ross.