Grantchester’s Al Weaver Opens Up About his Early Acting Days

As vicar Sidney Chambers on “Grantchester,” actor James Norton plays a compassionate, complex man of the church who simultaneously solves crimes, shares spirituality, and seeks answers about his own existence. By his side is church curate, Leonard Finch, a well-worded man who is still very much struggling to find comfort in his identity.
Beautifully portraying Leonard is English actor Al Weaver. In this role, Weaver astutely gives us a character that is more layered than a softball-sized onion. Sometimes vulnerable, sometimes humorous, sometimes the perfect confidant, Leonard is wonderfully constructed and relatable.
Ahead of his time on “Grantchester,” Weaver worked his way up the ranks through acting in the theatre, as well as in feature films, TV series, and mini-series.
During an interview with In The Words Of, Weaver admitted that although he had the education to become a professional actor, his expectations of succeeding weren’t initially that high. 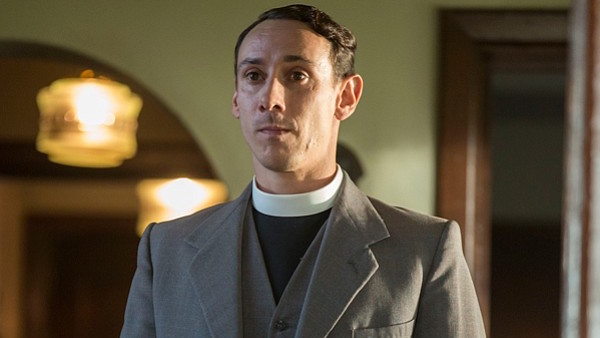 “I had no intentions beyond not getting a bar or a call centre job, really,” offered Weaver. “I actually started professionally doing film and TV, after lots of theatre in college and drama school. I did workshops, but ‘Hamlet’ was my first gig about a year in to working. Then I did a lot of theatre, and now it’s all film and TV again. Every actor will say a play every two years is essential, but it’s not up to us really.”
Having dipped his toes in both theatre and screen productions, Weaver has developed a preference for his ideal working situation.
“If I had to choose now, I’d pick screen,” said Weaver. “But then that may change as I get older… And finally manage to buy a house!”
He continued: “I grew up on movies and am still obsessed. The pictures are why I got into acting, and theatre was a kind of a surprise new medium I got to explore, love, and respect. I’ve never been more fulfilled than dying as Hamlet.”
-Adam Grant 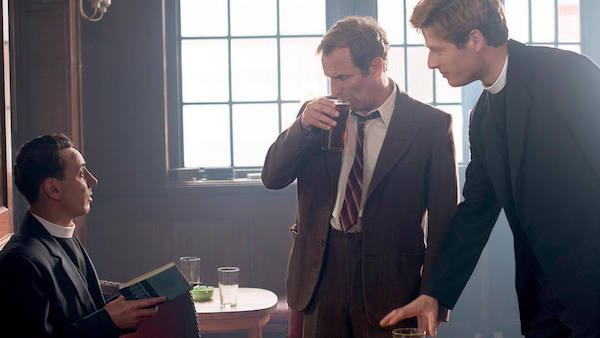