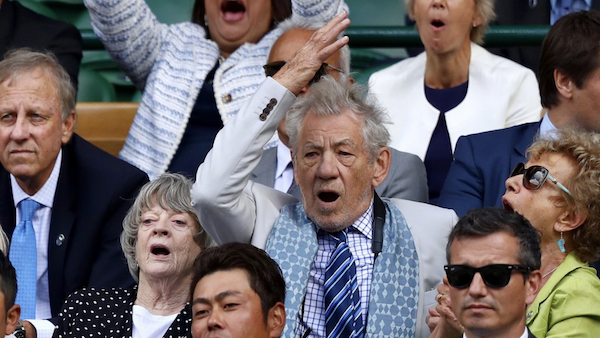 For world-renowned sporting events, it isn’t a rarity to find celebrities aplenty near the sidelines cheering on their favourite teams and athletes. Take acting legend Jack Nicholson, for instance. He’s spent so much time courtside at Los Angeles Lakers basketball games, he might as well be regarded as the team’s most prominent celebrity ambassador…or human mascot.
Currently in London, England, tennis fans are excitedly taking in the final stretch of matches at Wimbledon, one of the sport’s four grand slam (higher profile) events. Among those getting excited in the stands on July 12 were Maggie Smith (“Downton Abbey”) and Ian McKellen (“The Lord of the Rings”). While this is already cool in and of itself, what makes this better is the two legends sat together that day in the Royal Box. 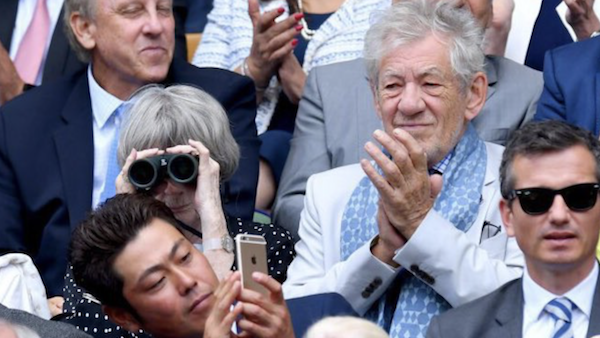 Based on photos circulating across the Internet, Smith and McKellen looked to be thoroughly engaged in the action. The duo shared much excitement – and much dismay – as highly favoured, Scotland-born #1 tennis player in the world, Andy Murray, lost in five sets to American Sam Querrey.
According to Metro, Smith (82) and McKellen (78) have been close friends since filming “Richard III” in 1995.
Now, could you imagine Smith and McKellen attending Wimbledon in character as the Dowager Countess and Gandalf, respectively? Something tells us their conversations would be filled with plenty of not-so-subtle snide remarks and wizardly insights. It would be impossible to not want a seat next to that!
If you love the work of both Smith and McKellen, then be sure to keep an eye on our beautifully British collection of programming! Click here for more information.
-Adam Grant 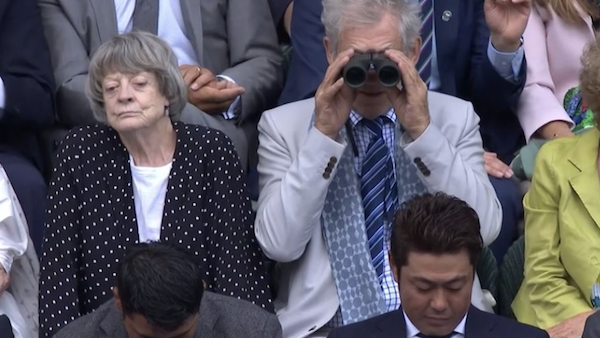