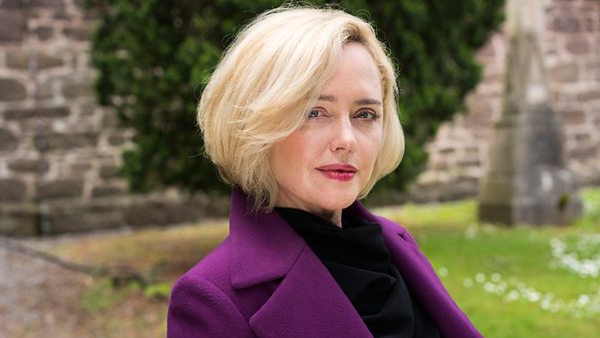 This week (Wednesday, July 12 at 10pm ET/7pm PT) on “Redwater,” Keiran and Eileen are planning to return to the states. Before they leave Agnes would like to have a BBQ, a sort of family tradition that Lance had orchestrated for the last eighteen years, where they get together to commemorate the anniversary of the Boat Tragedy and encourage everyone to swim in the sea.
In this Q&A, “Redwater” actress Angeline Ball provides greater detail about her character Eileen Harrington, as well as what it’s been like to work with Jessie Wallace and Shane Richie.
Q: What kind of person is Eileen?

AB: “Eileen has a kind of dual personality that’s not always evident. She’s a fighter and a survivor. She’s someone who made a difficult decision 20 years ago to leave Redwater and start a new life in America with a young son, which was very brave and courageous, yet she is quite fragile. What you see with Eileen is not what you get. Her exterior is very polished and designer-clad, but there’s an underlying sadness about her – I guess a grief and loneliness. She feels a bit like an outsider, having left all those years ago.
“She’s had to fend for herself. She’s definitely a very strong woman, but I suppose you’ll see throughout the series when her metal is tested how well she comes out of it.”
Q: Why did she leave Redwater all those years ago?

AB: “She left because of her grief. I guess living there was a daily reminder of how she lost a child to drowning. Living next to the same ocean that claimed her daughter was too much for her to bear. Ultimately she needed to get away to start a new life and escape painful memories. Possibly it was all slightly claustrophobic in Redwater. She has a very strong mother and sister so I think it was her strive for independence as well.”
Q: Apart from visiting is there any other agenda for being home?

AB: “Possibly. She’s says that her son made her come, because when she left she thought she was never returning. However, there’s something in longing to come home. Even for myself, I live in London and there’s always something about coming ‘home’ to me.
“I think she’s daunted by being home and afraid that all of those old emotions will resurface. Yet part of her wants to be in the bosom of her family.” 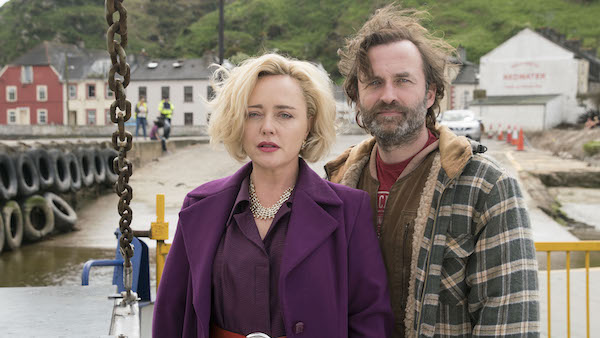 Q: Does she change at all by being back in Redwater?

AB: “Yes, there are some subtle physical changes; the exterior becomes less polished, less ‘New York’ She’s got her feet on Redwater soil again and it seems to seep into her. She’s naturally easing back into the family and her surroundings, the accent drops away, so does her hardened exterior.”
Q: What does she see as her responsibilities back in Redwater?

AB: “Eileen’s the kind of person that likes to jolly things along, make it all ok and show that nothing’s a big deal. She appears not to be a deep thinker, but again, I think it’s just skimming over the surface of what might potentially come to the core. She provides the entertainment and likes to think she’s the one to get the party started. You see her make a decision about Redwater and the farm and go with it, and that’s when you start to see her metal. If she’s put into a corner she won’t back down. I’m excited to see this play out as obviously she’s on a journey and you’ll see more of her come to the fore.”
Q: What’s her relationship like with Roisin?

AB: “It’s strained and competitive, very ‘big sister, little sister syndrome’. There could be a deep-rooted bitterness as Roisin hasn’t suffered loss, still has everything and didn’t have to leave. I think there’s sadness about the fact that they have just got into this flow of not getting on – it’s a love-hate relationship. Maria and I have known each other for a long time. We’ve played sisters before which works in our favour as we know what it’s like to act opposite each other so there’s a good natural rhythm between us. When you know someone that well you can go for it and not be afraid.”
Q: How have you enjoyed working with Fionnula?

“She’s a great actress with this lovely air of calm and dignity. She’s a joy to watch and act alongside and a very funny lady. I’ve always wanted to work with her and now I get my chance… not only do I get to work with her, she’s playing my mother! It’s a double whammy!”
Q: Shane and Jessie bring an audience with them. What’s it like to fit into something that’s already so established in viewers minds?

AB: “Having worked together for so long they know each other inside out, so they are absolutely rock steady. I’ve worked with Shane before and played his wife, I know him well and I had always watched Jessie from afar and think she was a fantastic actress, so it’s exciting to work with them.
“I guess we all had to merge styles and characters in this and make it work. They’re a lovely, lovely pair to work with and we all really enjoyed it. It’s great to see such established British actors come here and absolutely enjoy the way we work. We’ve welcomed them with open arms and they’ve done the same, so it’s been a two-way street. And hey, we got to shoot in stunning Irish locations all over the summer!” 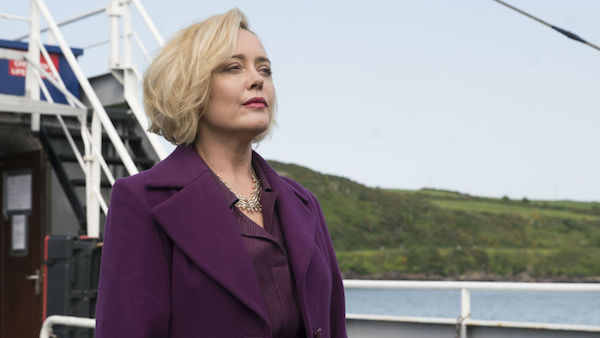