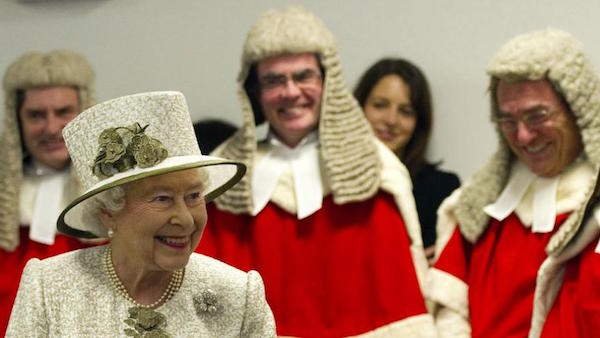 If you were to ask around, surely you would find someone who is of the opinion that certain world leaders should be arrested for their conduct. Chances are, though, the offense(s) allegedly committed by such an individual would be far more concerning than a simple driving infraction.

Last week, Queen Elizabeth II and her son Prince Charles traveled to the State Opening of Parliament at the House of Lords at the Palace of Westminster. The pair sat in the backseat and everything seemed normal – until a concerned citizen, or perhaps a prankster, called the authorities to report that the Royal duo weren’t wearing seatbelts.

In response, the West Yorkshire Police department issued a tweet that read: “999 call received reporting that the Queen isn’t wearing a seatbelt #not999 #notevenwestyorkshire.”

It doesn’t appear as if an investigation will be taking place.

According to the Gov.UK website, drivers are required by law to wear their seatbelts while driving. There are a small number of exceptions to this rule like “driving a goods vehicle on deliveries that is travelling no more than 50 metres between stops,” or being “a driver who is reversing, or supervising a learner driver who is reversing.”

On the Royal.UK website, Queen Elizabeth II’s relationship with the law is explained as such:

“While no longer administering justice in a practical way, the Sovereign today still retains an important symbolic role as the figure in whose name justice is carried out, and law and order is maintained. Although civil and criminal proceedings cannot be taken against the Sovereign as a person under U.K. law, The Queen is careful to ensure that all her activities in her personal capacity are carried out in strict accordance with the law.”

All right then, it appears time to pump the brakes on this controversy.

For a bevvy of bold British programming, join VisionTV for such U.K. delights as “Redwater,” “Mr. Selfridge,” “Doc Martin,” “EastEnders,” “One Foot in the Grave,” “Birds of a Feather” and much more!