A Look Back at the World’s Oldest Criminal Gang 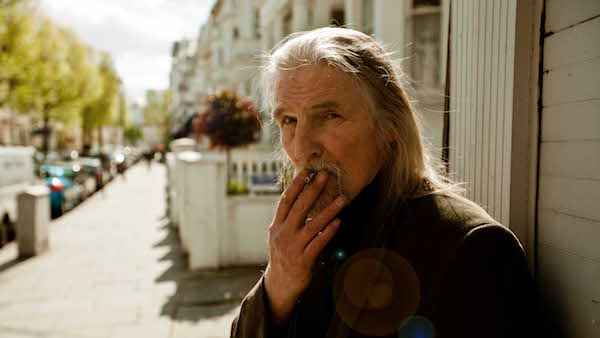 On television and in film, criminal behaviour can be romanticized and glorified, to the point where some viewers feel compelled to root for the ‘bad guys.’ In real life, however, most upstanding citizens view criminal behaviour in a very different, more critical manner. Frankly, the instinctual reaction is to condemn it.
For those curious about what motivates a criminal to do what he or she does, join us on Monday, June 12 at 8pm ET/5pm PT for the VisionTV premiere of “Britain’s Oldest Crooks.” In this captivating documentary, meet law-breaking pensioners who partake in such illegal activities as smuggling, burglarizing, shoplifting and bootlegging.
“From aging career criminals to elderly first time offenders, ‘Britain’s Oldest Crooks’ asks why older people are turning to crime, whether it be loneliness, boredom or simply not being able to afford life on a pension,” reads a description of the documentary. “Their true stories are shocking and sometimes funny and poignant, ultimately revealing ‘retirement’ in an entirely different light.” 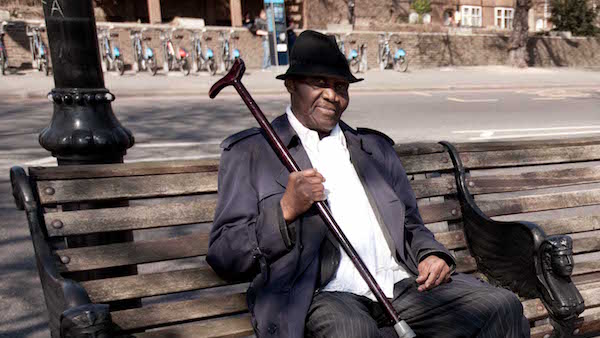 Speaking of elder criminals, 2009 saw the bust of what the Guinness Book of World Records still considers the world’s “oldest criminal gang,” based on average age.
Having an average age of 57, a collection of eight British pensioners pleaded guilty to counterfeiting charges. According to the British Serious and Organised Crime Agency, this criminal outfit – whose eldest member was 83-years-old, “ran the counterfeiting operation like a professional business, having a number of sites in London and Glasgow, U.K.”
At each site, the soon-to-be felons would manufacture batch notes worth £800 in just a half-hour. During the investigation, authorities discovered £44 million in fake Euros and £600,000 in phony £20 notes.
In all, the accused (Left to Right: [Top row] Dennis Hancox, Michael Duffy, James Allam and Donald O’Flynn. [Bottom row] Sheriff Oki, Tony Rees, James Watson and Angus Weaver) were linked to counterfeit funds totaling over £5 million. 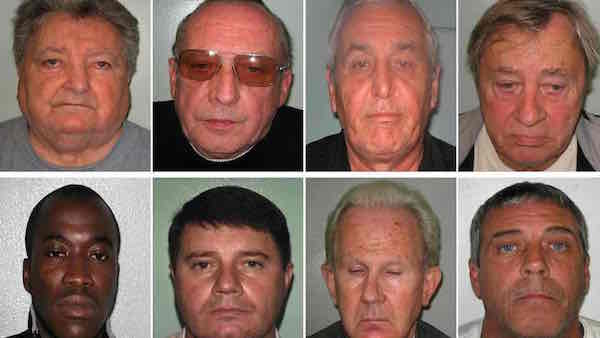