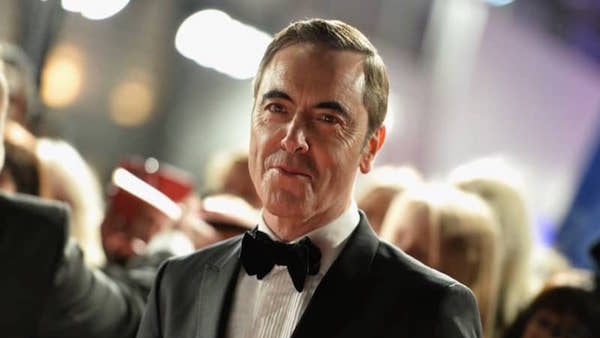 When “Cold Feet” became one of Britain’s most popular, watched and beloved series during its initial run (1998-2003), its cast members – by default – began to see their profiles rise. In the case of James Nesbitt, he would go on to work mightily in projects like “Murphy’s Law,” “Jekyll,” “Monroe,” as well as “The Hobbit” trilogy.

Although Nesbitt remained busy throughout the years following the first five seasons of “Cold Feet,” that didn’t stop him for signing on to do a sixth season thirteen years later. (Not to mention a seventh season that was just confirmed!)

While in conversation with the Mirror, Nesbitt – the well-known commodity that he is – was quizzed about his fame and notoriety.

“No, but I realize it every day,” replied Nesbitt when asked if he recalls the first time he thought he’d ‘made it.’ “When I look in the mirror I think, ‘There he is, that massive star!’ But, I mean I had dinner in New York last week with Alex Ferguson (football manager). So the very fact I know him well suggests something to me about how far I’ve come. I grew up adoring him. My whole life is a ‘pinch me’ moment.”

During those times that Nesbitt isn’t busy pinching himself, how do fans treat him?

“Oh, very nice,” noted the actor. “I travel most of the time on public transport and people are always staring at me. So I just frantically wave at them to confuse them. My Peggy, when she was three, saw me sign an autograph and said, ‘Daddy, they know you but you don’t know them?’ That’s exactly what it is. How clever was she?” 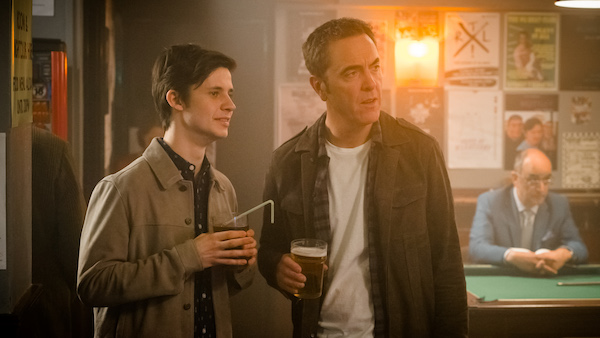 That said, not all fans are polite and friendly. In fact, some are just downright odd.

“People try and shake my hand while I’m weeing,” continued Nesbitt. “That’s just unacceptable, isn’t it? I also had a woman of a certain age who sent me a photo one time saying, ‘Hi James, I love you, here’s a photo of me and two Yorkshire terriers.’ I don’t get the stuff my pal Aidan ‘Poldark’ Turner gets. He gets some bonkers things.”

This week on the Season Finale of “Cold Feet” (Tuesday, February 21 at 8pm ET/5pm PT): It’s Adam’s 49th birthday and despite dropping hints all week, nobody is free. As he nurses a pint in the pub Pete, who can’t stand to look at his miserable face any longer, blows the big secret. 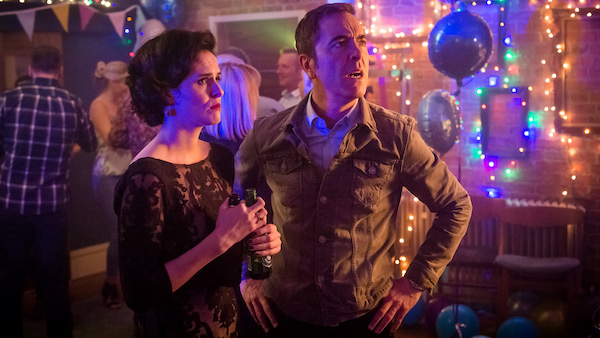 Do note that past episodes of “Cold Feet” can be seen online at VisionTV.ca for one-month following their original airdates. The season finale of “Cold Feet” will be available through March 21.

Also, be sure to catch Aidan Turner in “Poldark” season two, Wednesdays at 9pm ET/6pm PT on VisionTV! 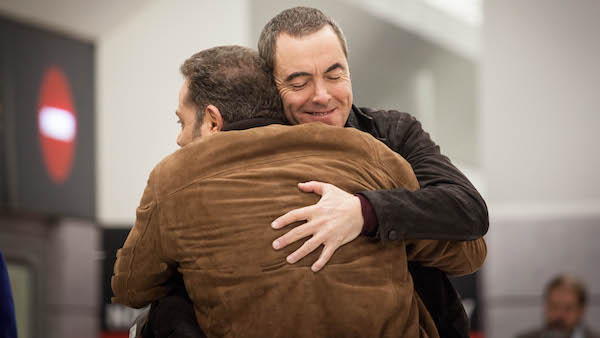