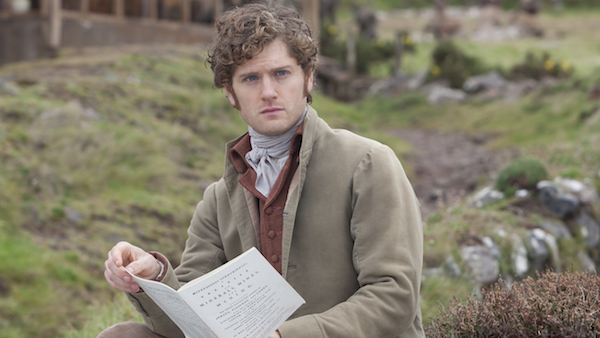 On “Poldark,” Francis has proven to be one of the series’ most fascinating characters, with complexities upon complexities continually capable of inspiring audience love, sympathy, frustration, bewilderment and on occasion, hate.

Beautifully bringing Francis to life is actor Kyle Soller. As the series has progressed, so have Soller’s professional chops. His ability to humanize the matters that riddle the character of Francis adds a level of depth to the award-winning British show. Any actor capable of standing out on a series as much as Soller has in “Poldark,” is a testament to an individual’s focus on his craft.

Behind the scenes, Soller is a rather engaging fellow not shy about cracking wise in interviews. During a gab with the Radio Times, Soller had some fun at the expense of “Poldark” co-star Aidan Turner when asked about the show’s popularity. 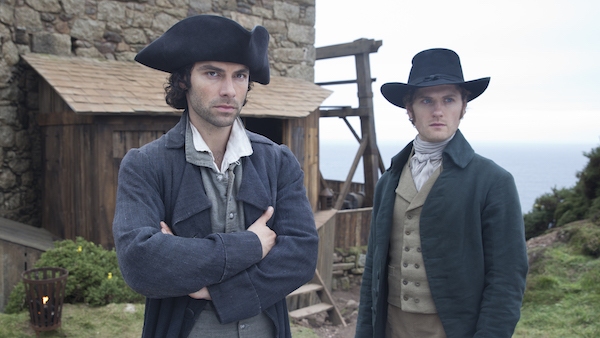 “[I’m] really surprised and very happy to see how it’s received. It’s crazy and wonderful,” said Soller. “Aidan handles the attention extremely well. I’m glad I don’t have to go through it. I am his body double, though.”

While we can neither confirm nor deny Soller’s claims about being a body double, we can state affirmatively that he is in fact an American – born in Connecticut, raised in Virginia.

Yes, the spot-on British accent Soller uses on “Poldark” makes that tough to believe, but his ability to pull it off has allowed the actor to get in the good graces of many people.

Relayed Soller: “People stop me and say, “Oh my God, you’re American?’ That’s the best review, for me. It’s a nice feeling that they believe my English accent.

“Usually they clean up! They take all our jobs, so I’m just getting one back for the team,” added Soller when it’s suggested that not many American actors turn to the U.K. for work, compared to British actors who go to Hollywood. “I’ve worked with some amazing people on some really fun projects.” 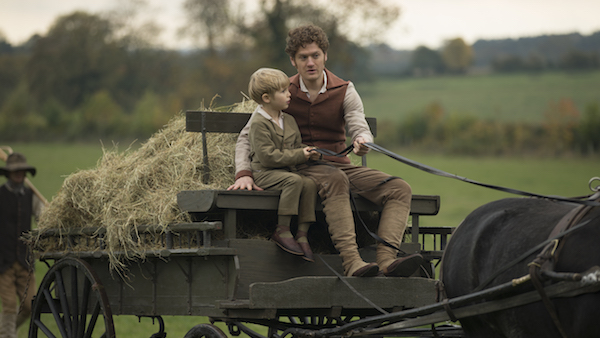 As for the times Soller is not “getting one back for the team,” he enjoys strumming a few chords on the guitar.

“I think I’m great at playing the A-flat chord! No, I’m okay,” commented Soller. “When I first came to London, my friend Tom Hughes [of “Victoria”] gave me CDs with a load of great British bands from the 1980s and 90s, (The Stone Roses, Spiritualized) which I had missed out on. It gave me a musical education.”

This week on “Poldark” (Wednesday, February 8 at 9pm ET/6pm PT), George Warleggan puts the screws to Ross by purchasing his debt. Meanwhile, a tragic incident rattles the Poldark family to its core.