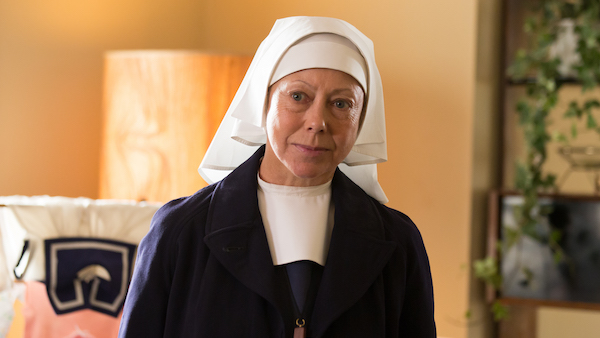 On “Call the Midwife,” Sister Julienne (Jenny Agutter) is often the calming and insightful influence in Nonnatus House. When a crisis emerges, or someone is in need of a helping hand, Sister Julienne is always at the ready.

Off camera, however, the one thing that Agutter definitely can’t help you out with is delivering a child. Even though she has been a part of several, very realistic birthing scenes on “Call the Midwife,” she definitely doesn’t want to be trusted with bringing someone else’s baby into the world.

“If someone next to me on a plane or a bus started to go into labour, I’d be useless!” said Agutter, with a laugh, during an interview with the Mirror. “I’d ask them to hang on for the experts. I think I’d be able to keep them calm, and get them to do some breathing, but that’s it.”

Despite Agutter’s lack of expertise when it comes to helping with childbirth, she did in fact have an aunt that was once a professional midwife. 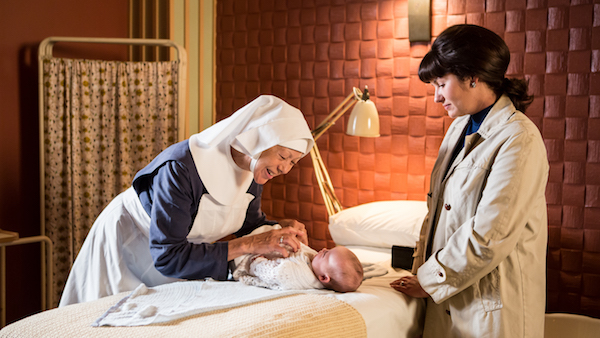 “She worked as a midwife during the war, and some of the stories she tells are fantastic,” reflected Agutter. “Once, she went to attend to a woman whose house had suffered from bombing, and she had gone to sit on the bed next to her when the bed just fell through the floor because the floorboards had so many holes in them! But she carried on helping with the delivery – just from the floor below.”

This week on “Call the Midwife” (Wednesday, December 28 at 9pm ET/6pm PT), Patsy assists Daisy and her family of itinerant barge-dwellers, who eschew many of the trappings of modern society. When Daisy rejects the opportunity to give birth at the maternity home after accusing Patsy of meddling, Patsy ends up faced with her toughest delivery yet. The advent of the release of the contraceptive pill causes a dilemma for Sister Julienne, who worries about the moral implications. A young man who was compelled to marry his girlfriend when she became pregnant and is distant from her is caused to come into his own as a husband and father. 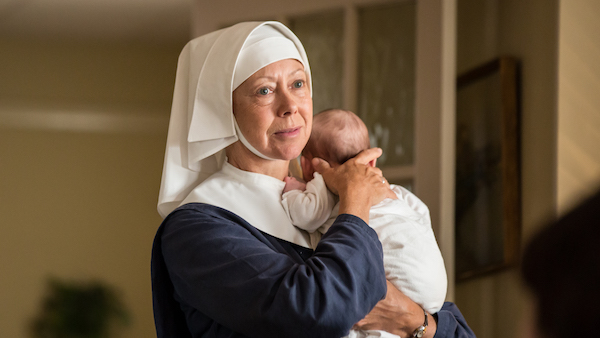