Julian Fellowes Speaks About the Logistics of a Downton Abbey Film 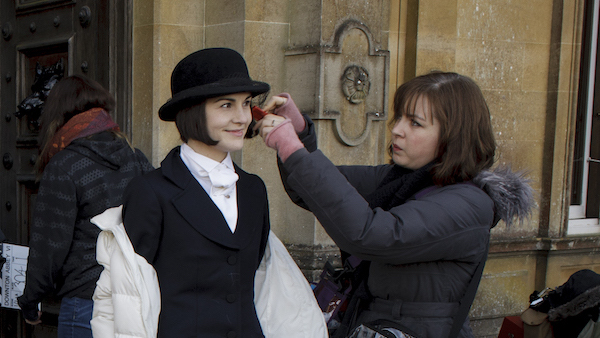 People just can’t get enough of “Downton Abbey,” so much so they can’t help but continually ponder the possibility of a “Downton Abbey” film coming to fruition. Cast members and the creative minds behind the show have expressed an interest in taking the award-winning series to the silver screen, thus fans’ hopes remain high.

In a new interview with CNBC, “Downton Abbey” creator and writer Julian Fellowes once again spoke out about bringing the likes of the Dowager Countess and Mr. Carson to a theatre near you. However, he did relay the complications that would go along with making such a thing a reality.

“I hope there’ll be a film – I don’t want to be mysterious,” commented Fellowes. “I mean I completely support the idea of a film. But, of course, logistically, it’s complicated. One of the reasons why it would be difficult to make a movie is because there needs to be a reason why all the characters would be back. Not to mention, it might be hard to get the actors to return, especially since a lot of them have moved on to other projects.”

He continued: “The thing about Downton is we have a lot of running characters and we really do need them for the movie, so you can imagine at the end of the show they all shot off into shows on Broadway, series in L.A., things on television and they somehow have to gradually be coaxed back into the fold.”

For instance, Michelle Dockery (Lady Mary Crawley) will be seen in a new TV series this fall called “Good Behaviour.” Click here to see what some of the other “Downton Abbey” alumni are up to now.

The sixth and final season of “Downton Abbey” premieres Wednesday, June 29 at 9pm ET/6pm PT on VisionTV. Also, be sure to enter for your chance to win a ‘Downton-Style’ trip for two to England from Trafalgar Tours and VisitBritain! Click here for details!