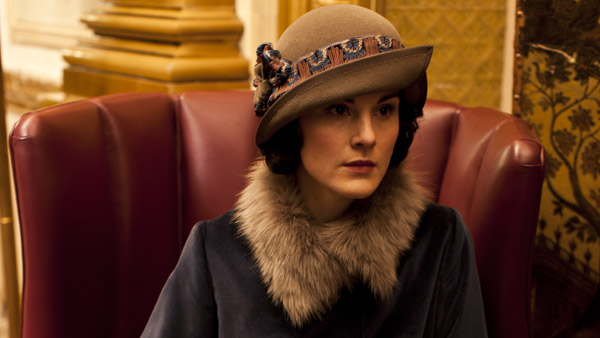 As much as we’ll remember the exceptionally talented actors and actresses of “Downton Abbey” for the characters they played over six seasons, it is understood that they all have to now move on and dip their toes in fresh waters. With that mind, we scoured the web to see what some members of the Downton alumni are now getting up to.

Fresh off completing his theatrical run as Doctor Stockmann in Henrik Ibsen’s “An Enemy of the People,” Hugh Bonneville has turned his attention to the Walk Upon England music project with composer and pianist, Damian Montagu.

On June 17, Walk Upon England will release the “In a South Downs Way” album, an offering that features piano-driven music in which Bonneville recites poetry over top of.

“My friend, Damian, played me some tracks that he and [trumpeter] Stewart [Proesser] were developing and asked me to read some poetry over the wonderful music,” said Bonneville in a quote published by Radio Times. “It inspired me to offer some words of my own. ‘In A South Downs Way” reminds me of the place I’m lucky enough to call home.”

Michelle Dockery will be returning to television this fall in “Good Behaviour,” an action-packed series that’ll air on TNT.

“Letty Dobesh is a thief and con artist whose life is always one wrong turn, one bad decision, from implosion. Which is just how she likes it,” reads an IMDB summary of the series. “Fresh out of prison, she’s attempting to stay afloat. But when she overhears a hit man being hired to kill a man’s wife, she sets out to derail the job, sending her on a wild collision course with the charming killer, and entangling them in dangerous, seductive relationship.”

“Legion introduces the story of David Haller: Since he was a teenager, David has struggled with mental illness,” reads an official character synopsis. “Diagnosed as schizophrenic, David has been in and out of psychiatric hospitals for years. But after a strange encounter with a fellow patient, he’s confronted with the possibility that the voices he hears and the visions he sees might be real.”

In what can be described as a rather risqué series, Jessica Brown Findlay will star in “Harlots,” an ITV Encore brothel drama that takes you inside the London sex trade world of the 18th century. Penned by playwright and screenwriter, Moira Buffini, the series is based on real events.

“Written and produced by an award-winning creative team with an all-star cast, ‘Harlots’ offers a unique perspective of life on the streets of 1760s London with fast-moving and action-packed storylines and strong lead characters,” said Maria Kyriacou, President of International for ITV Studios, in a prepared statement. “This is a world class drama which is sure to appeal to audiences across the globe.”

Sue Johnston currently stars in “Rovers,” a series that chronicles the humble existence of the Redbridge Rovers, a fictional football club that struggles relevancy and has trouble filling the stands. In the series, Johnston plays Doreen, the matriarch who runs the team’s social club.

“I haven’t loved going to work and speaking the words this much since The Royle Family. Working with Craig [Cash, ‘Royal Family’] is like putting on comfy slippers,” said Johnston in an interview with the Mirror. “Doreen does crazy things like hold meat raffles. She might not always ‘get’ things, especially football. She doesn’t know what the offside rule is.”