How Social Media Is Celebrating #StarWarsDay 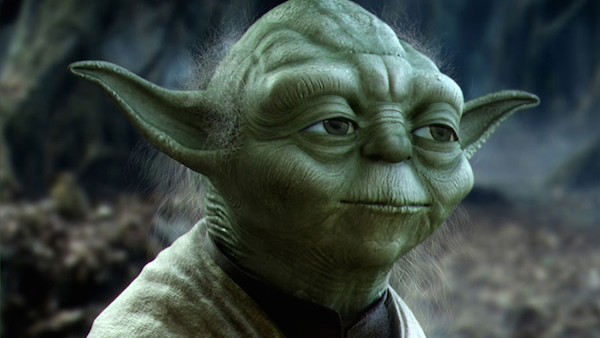 Because millions around the world love social media, wordplay and a galaxy far, far away, it’s no wonder that iconic “Star Wars” phrase, “May the force be with you,” gets converted once a year to “May the fourth be with you.” That day, as you probably already know, is #StarWarsDay.

Today and every May 4th, fans of Luke, Han, Darth, Leia, Rey, Finn, Yoda, Obi-Wan, R2 D2, C-3PO, Chewbacca and even Jabba the Hutt, come together to celebrate one of, if not the greatest film franchises of all-time.

As we speak, some super-fans have likely ditched work to blast through as many “Star Wars” films as possible. (They could also be wearing the costume of their favourite character!)

Heck, maybe the cast of “Downton Abbey”  (which can be seen Wednesdays at 10pm ET/7pm PT on VisionTV) briefly reunited to film yet another “Star Wars” spoof to go along with the hilarious ones they created in 2015.

Whatever path you travel today, we support your “Star Wars” fandom! In fact, we support it so much, we wanted to share with you some of the best #StarWarsDay posts we found on Twitter.

The creativity is strong with these.

Give in to the Dork Side of the Force#MayThe4thBeWithYou pic.twitter.com/mooTnzZBzP

You know what day it is… #MayThe4thBeWithYou: https://t.co/R6hlgiNsFu

What's the interior temperature of a tauntaun?

Kenny Baker (R2-D2) and Anthony Daniels (C-3PO) on the set of The Empire Strikes Back. #MayThe4thBeWithYou pic.twitter.com/5gdMgWFQ5L

#MayThe4thBeWithYou One of the best days of the year!! https://t.co/PencUxLDbx

#MayThe4thBeWithYou today, and have an egg-cellent breakfast too. pic.twitter.com/RLwf57Piux

Mark Hamill and David Prowse practicing the lightsaber duel for The Empire Strikes Back. #MayThe4thBeWithYou pic.twitter.com/zkIdaGgZlZ

Laugh it up, fuzzball. ##MayThe4thBeWithYou pic.twitter.com/X1qecuP1KL

#MayThe4thBeWithYou even if you're working at the office @MundoGodinez pic.twitter.com/0Gur2M4G5G