Star Men Takes You Through the “Golden Age of Astronomy” 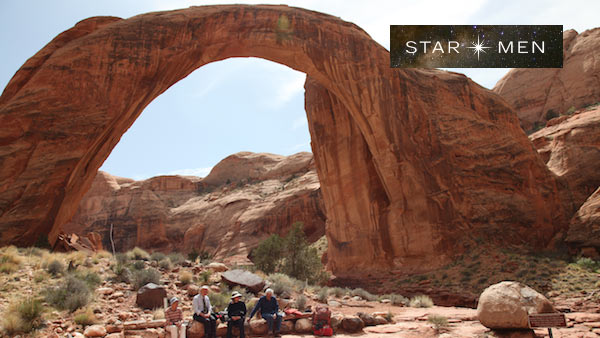 Tonight at 9pm ET/6pm PT, VisionTV will air part two of the exceptionally out-of-this-world documentary, “Star Men.” The film follows four iconic astronomers – Roger Griffin, Donald Lynden-Bell, Nick Woolf and Wallace L. Sargent – as they celebrate 50 years of work and friendship by travelling through America while keeping their eyes on the sky along the way.

Tagging along for the ride was the film’s producer, Alison Rose (pictured below), someone whose interest in telling such a story came out of her childhood appreciation for “Star Trek” and other forms of science fiction.

During a recent appearance on ZoomerRadio’s morning show, “The Happy Gang,” Rose discussed the biggest revelations she experienced while making “Star Men.” 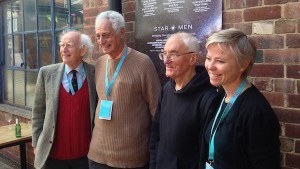 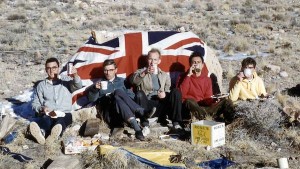 “They did work through a golden age of astronomy,” said Rose of the film’s astronomers. “When they discussed what the film would be about, they said it [would be] about the 50 most exciting years that astronomy has ever had. That was the theory Nick proposed and he felt that the film was a way of putting the pieces together – and [how] that was their job at the end of their lives.”

Continued Rose: “For me, the most profound revelation is something they don’t name, but you see in the film – and that is what’s most important in life at the end of the day is our friendships, exploring, loving, being of service and spending your life doing something you love.”

Part two of “Star Men” airs on VisionTV tonight at 9pm ET/6pm PT. Click here, to learn more about the astronomers who star in the film.

For more information about the “Star Men” documentary, we encourage you to visit its fantastic official website, Starmen.Space.