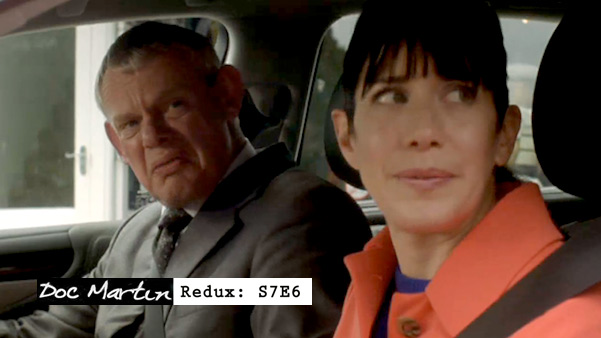 Enjoy our look back at the fourth episode of Doc Martin Season 7 but, beware, there are numerous spoilers ahead. You can watch Doc Martin S7E6 online through Thursday, January 28, 2016.

Love is in the air in Portwenn, but there’s something about such a feeling that has morphed villagers and visitors into a frenzied state. Be it trying to renew a romance once viewed as missing in action, or looking to shamelessly steal an ex out from the nose of another man, those in Portwenn can’t help but bend cupid’s arrow. Of course, Martin finds himself uncomfortably in the middle of it all.

One thing Martin seems to be warming up to are appointments with Dr. Timoney. After discussing plans for James’ second birthday party, Martin and Louisa participate in another therapy session. On the agenda is a request that the embattled couple work at getting to know each other once again. A dinner date is recommended, an idea Martin is surprisingly okay with. While exiting the session, Martin hands Dr. Timoney a periodical he thinks she’ll appreciate – this is a far cry from the Martin that initially scoffed at her abilities. Needless to say, this gesture catches Louisa off guard.

Shortly thereafter, Martin asks Louisa out to dinner. Within moments of obliging, this controlled moment of bliss is interrupted by Danny, an old flame of Louisa’s. Visiting Portwenn with a church group comprised of young children, Danny is visibly excited to be in Louisa’s company. Martin, however, struggles to hide his contempt for the much gentler man that’s vying for special attention from his wife. 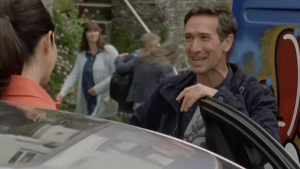 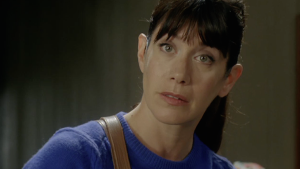 As Danny covertly attempts to inject himself into Martin and Louisa’s struggling marriage, Mrs. Tishell has become over-the-moon regarding the return of Clive. Despite being anxious about taking the relationship to another level, Clive taps the brake and keeps Mrs. Tishell’s desires at an arm’s length.

What’s bringing Clive down is his fear of being able to perform in the bedroom. Reluctantly, Clive visits Martin in hopes of receiving some spruce-up prescriptions.

“Things aren’t so ship shape below the deck,” says Clive, hoping that Martin will understand the metaphor. He doesn’t, so Clive is forced to get specific.

“Erectile Dysfunction is not a medical emergency to me,” retorted an ill-faced Martin, who refrains from providing Clive with any medication.

Meanwhile, Danny’s church group has taken up shop at Al’s bed and breakfast. As the kids play, Danny begins to open up about his personal life with Louisa. While reluctant to have this conversation at first, Louisa soon notes that she and Martin are not living together. Danny appears sympathetic, but has voiced enough concerns about Martin to suggest that he wants the Doc out of the picture. 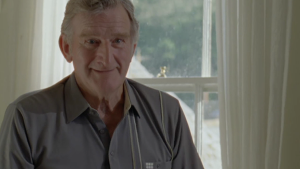 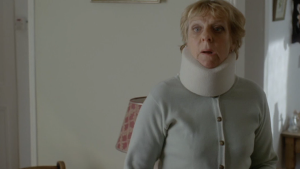 Away from Louisa and Danny, Bert and Al are making sure the church group children are nourished. This goes smoothly until little troublemaker, Jake, begins acting out – this would be the first of many outbursts.

On her way back to town, Louisa surprisingly sees Martin and James at the beach. What starts as a nice family moment, soon becomes an exercise of self-defence. Martin, wildly suspicious of Danny’s intentions, quizzes Louisa about their interactions. Politely, Louisa holds her ground, before reminding Martin about his positive, new attitude about Dr. Timoney.

The following day, Louisa is back at the beach to check in on the church group and is greeted by Danny. Never one to relent, Danny aggressively tries to get Louisa to join him and the kids for a barbecue that night. Louisa has more important plans, though – a dinner out with her husband.

In case Martin hadn’t already seen enough of Danny, the two would soon bump into each other on the street. Danny divulges the fact that Louisa has mentioned the struggles of her marriage and offers rude opinions. Martin doesn’t believe the matter is Danny’s business, but this doesn’t stop Louisa’s ex from claiming that her happiness is his business and that she deserves better. With admirable restraint, Martin brushes Danny off.

Elsewhere, Clive has decided to raid the pharmacy’s storage room for some libido-enhancing medication. He’ll soon find out that this was a terrible idea. 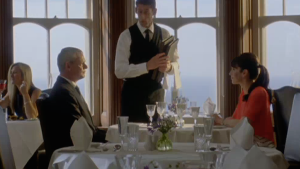 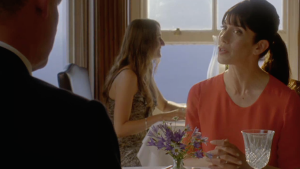 At dinner, Martin can’t help but still be obsessed by how much Louisa has told Danny about their relationship. As Martin’s interrogation gets more intense, Louisa is interrupted by a call from Danny: Jake has gone missing.

Upon arriving at the bed and breakfast, Danny doesn’t look worried about Jake at all. Rather, he’s playing songs for the rest of the kids. Furious, Doc verbally lambastes Danny before going on the hunt for Jake. Throughout the search, Danny takes every opportunity he can get to try and sway Louisa to leave Martin and come back to him. This fails time and time again, with Martin eventually catching him in the act. As Louisa puts the heated encounter to bed, Al and Bert find Jake passed out. Martin is tasked with reviving the child after he fell into a diabetic coma.

Just as Martin’s day of drama seems complete, it’s learned that Clive was found unresponsive. After coating himself in testosterone cream and popping an erectile dysfunction pill, Clive has suffered a heart attack.

After saving Clive’s life, Martin doesn’t let the anxious lover off the hook. Instead, he chastises his decision to self-medicate. Inside, however, Martin must be relieved that Mrs. Tishell has a new man to distract her from him. 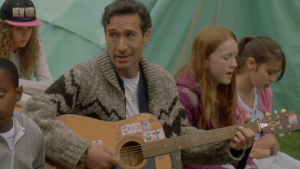 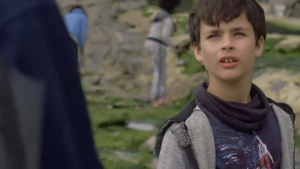 Finally, it’s family time – James’ birthday party. Filled with friends and children galore, Louisa appears enthralled by the time being had by all. Running late, Martin arrives only to discover that the party’s entertainer is a patient that he recently diagnosed with Hepatitis A. After ordering her out of the room, Martin has potentially saved the health of lots of young children, but at the same time spoiled an event that Louisa had been banking on.

As the room clears, Louisa struggles to keep it together, not understanding why everything has to be so hard. Martin, doesn’t have an answer on this day, nor does he seem to have one that’ll make their lives easier moving forward. For the time being, a struggle still needs to be overcome. Will that happen? It’s hard to say. At this point, Martin and Louisa can’t help but take two steps back after every step forward.-Adam Grant 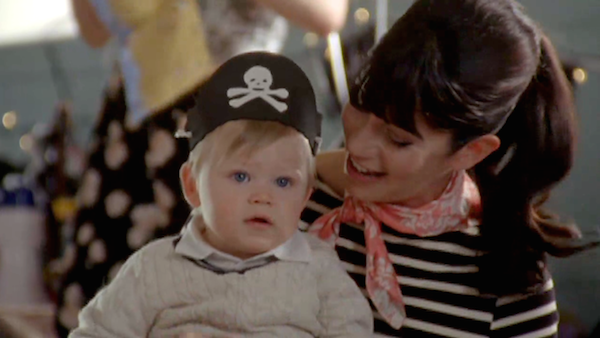