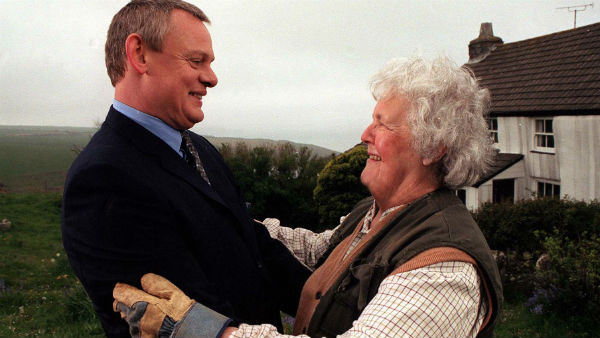 After six seasons chronicling the offbeat, puzzling, and sometimes even dramatic goings-on in the seaside village of Portwenn, it can be easy to forget where Doc Martin’s key players started out. Despite a successful career in London, Season One found the titular physician setting up shop, somewhat reluctantly, in the sleepy Cornish town, and it only took him a day to start ruffling feathers. As the beloved series begins weekday airings at 5pm ET/2pm PT on VisionTV from Feb. 4 through April 7, 2015, we’re taking a look back at the characters who found it in their hearts to give the prickly Doc a chance back when he first arrived on the cobblestoned scene. 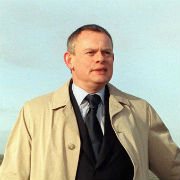 Dr. Martin Ellingham (MARTIN CLUNES) – Curmudgeonly, brusque, and more than a little condescending, Portwenn’s new (and only) GP isn’t exactly the kind of personality you’d like to deal with on your best day, let alone when you’re ill. However, what Martin lacks in bedside manner, he makes up for in expertise – though in a tiny hamlet where everyone is your neighbour, sometimes that’s not enough to keep patients happy. A stickler for procedure and chronically short on patience, Martin’s greatest challenge will likely involve balancing his matter-of-fact demeanour with the townsfolk’s friendlier sensibilities. 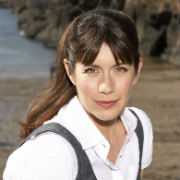 Louisa Glasson (CAROLINE CATZ) – Capable, kind, not one to be pushed around. Can be as authoritative in her personal life as she is in the classroom. On the surface, she and Martin might be an odd match, with their equally strong wills often squared off against one another. But perhaps her attitude is exactly what the doctor needs to keep his less admirable traits in check. If only Martin’s social ineptitude didn’t make all of their exchanges so painfully awkward, they might actually make a good pair. In the meantime, Louisa has plenty to worry about at work, as her attempts to make improvements at the school continue to meet with resistance. 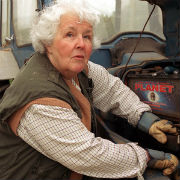 Joan Norton (STEPHANIE COLE) – A true salt of the earth individual, Martin’s aunt Joan has been an influence on the doctor since he was a young boy, and continues to play a large role in his life. When her nephew finds himself frustrated, she often provides the sane voice of reason needed to help him navigate Portwenn’s (sometimes hostile) social waters. And she isn’t just a source of wisdom for Martin. Joan always seems to be nearby when someone in the village needs a sage word – or a sharp prod in the right direction. 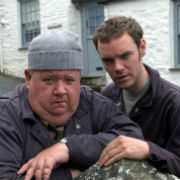 Bert & Al Large (IAN MCNEICE & JOE ABSOLOM) – Though they seem to be bickering with one another more often than not, father and son, Bert and Al have as strong a bond as any father and son in Portwenn. The generational gap between them, however, makes for some tense moments, as Al tries to make his own way in the world, and his father tries to hold on to their relationship by keeping his son close. What they do have in common is a good nature and entrepreneurial spirit – even if that industriousness often lacks a focus. In any case, they’re both well known around the town, whether together or on their own. 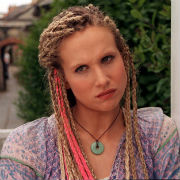 Elaine Denham (LUCY PUNCH) – Young, energetic and unafraid of voicing her opinions, Elaine is a far cry from Martin’s idea of a suitable receptionist, but she doesn’t seem to mind going toe to toe with the demanding physician. After a brief stint without her manning the front desk, however, Martin reluctantly offered her a second chance at the job – and she managed to prove herself more capable than he’d originally suspected. Though still hardly best friends, the two of them manage to keep the village in good health (most of the time). 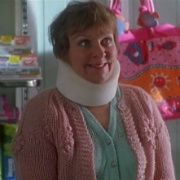 Sally Tishell (SELINA CADELL) – In a town full of characters, Mrs. Tishell manages to stand out. Her job as the local pharmacist is one that she takes very seriously, which you would think might immediately find her in Doc Martin’s good books. Instead, her eagerness to be chummy with Portwenn’s new physician (an attitude not shared by many in the village) rubbed him rather the wrong way. For the most part, her oddities prove to merely be a nuisance to Martin, and others, but the time could come where she begins to stir up more trouble than he might’ve predicted. 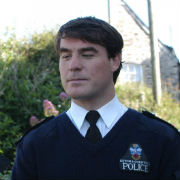 PC Mark Mylow (STEWART WRIGHT) – Though in recent years, we’ve become used to PC Joe Penhale’s bumbling antics, but Mark Mylow, Portwenn’s original local police constable, was a similarly sensitive soul with an unfortunate lack of both confidence, and luck in love. Though he seemed to have one thing in common with the doctor – an interest in Louisa Glasson, however shortlived – Mark carries out his duties with a much kinder bearing. He has no shortage of neuroses, and isn’t necessarily known for his intellect, but for the most part, he plays his role in the community with an admirable understanding of its people, and with the best of intentions.

DOC MARTIN SEASONS 1 THROUGH 6 RETURN TO VISIONTV WEEKDAYS AT 5PM ET/2PM PT FROM FEBRUARY 4 THROUGH APRIL 7, 2015.